Want to beat the bloat? Grab your free guide here! 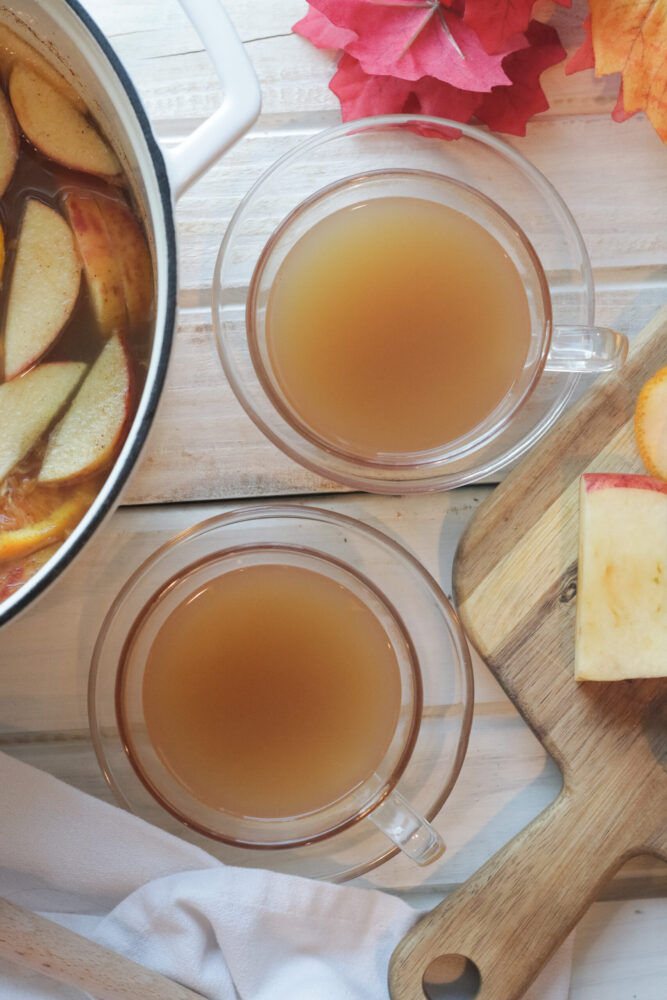 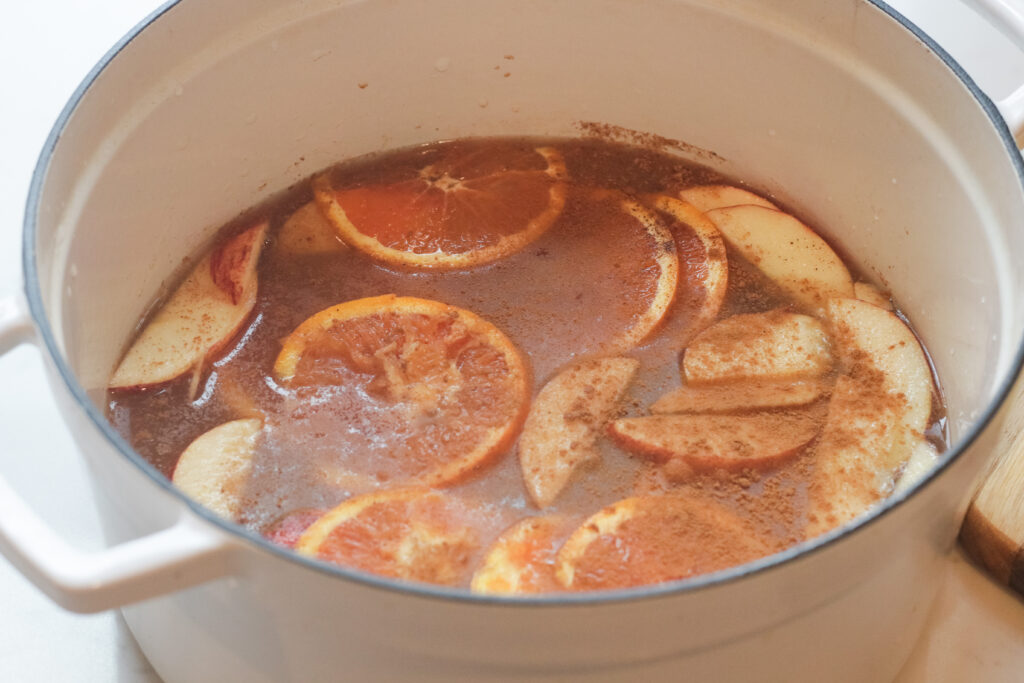 The smell of the apples, oranges and spices simmering on the stove meant that Thanksgiving was near and pumpkins were being scattered around the house.

I hope to carry on similar traditions with our kids, so Saturday morning Jordan and I took the boys to the pumpkin patch. We brought home our favorite pumpkins and carved the largest one. While the boys were designing his face and carving, a (slightly) scary movie played in the background as I made my mom’s cider. I hope these are memories the boys think back fondly of like I know I will. 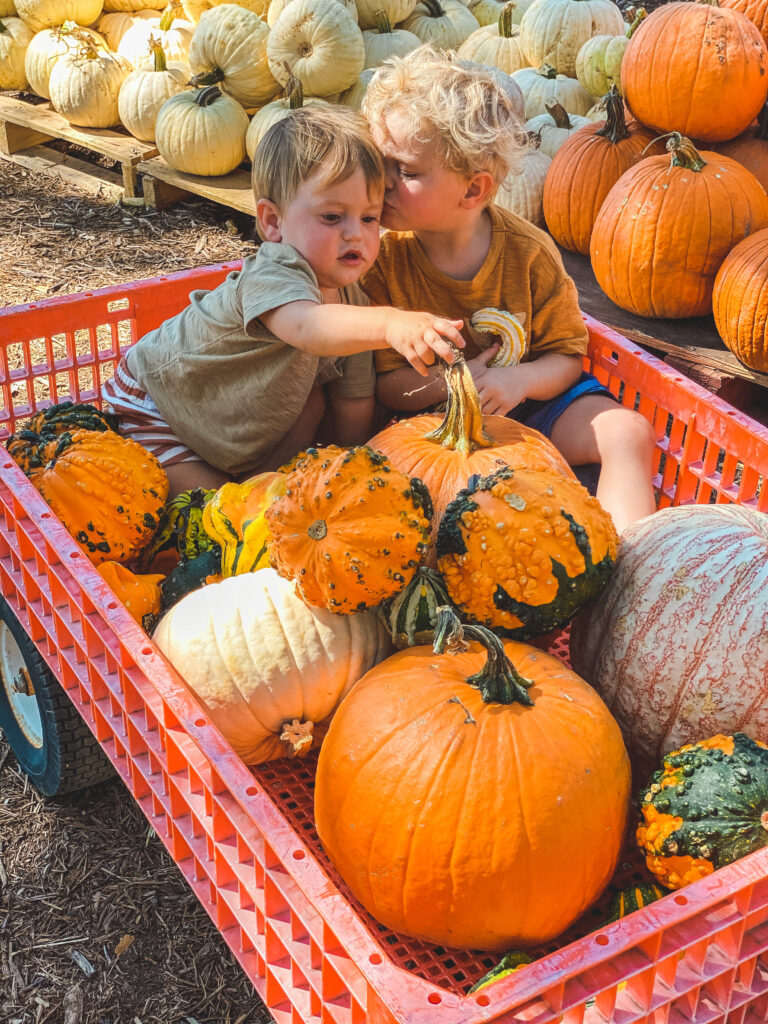 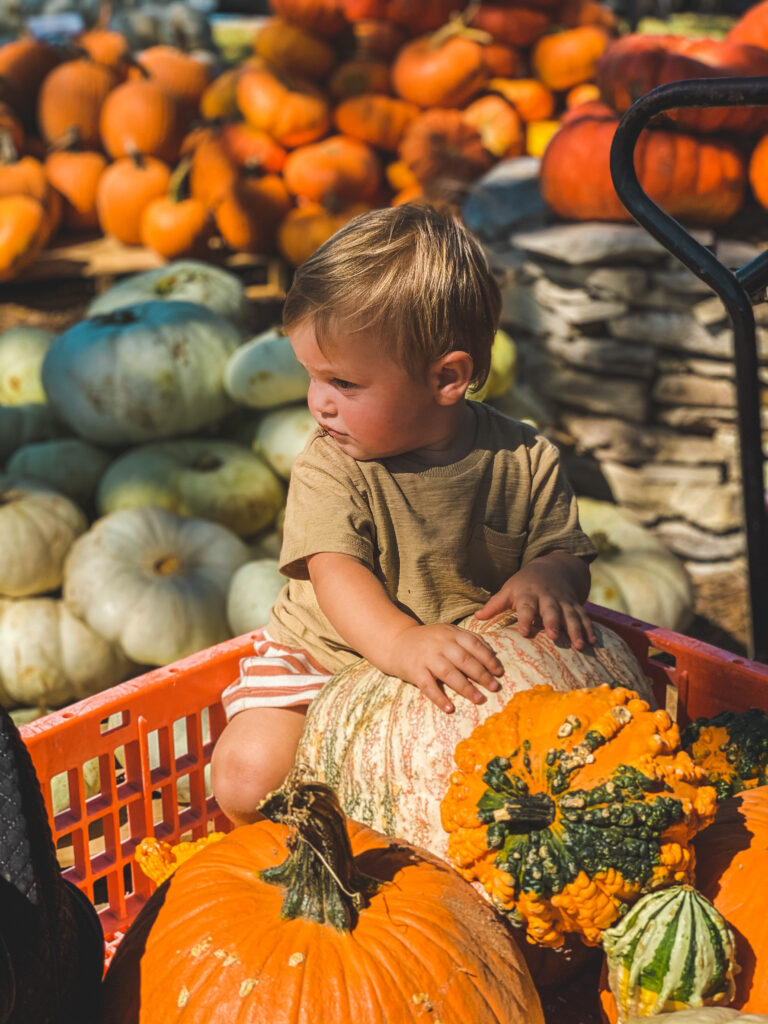 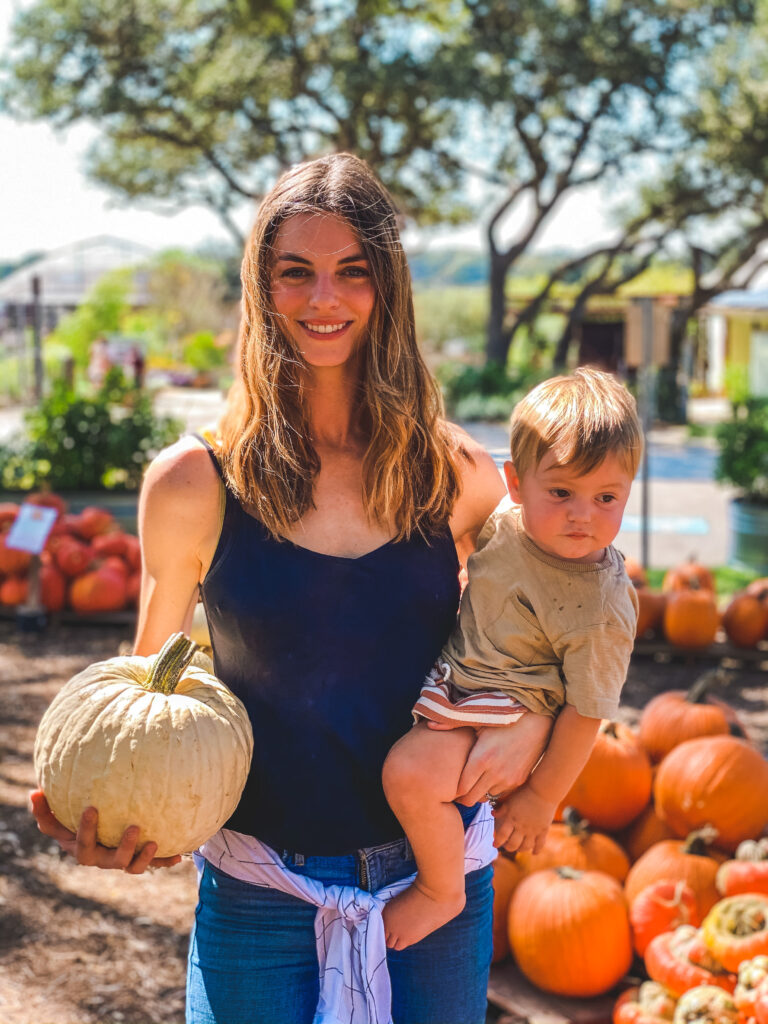 This warm drink is perfect in cool weather, on Thanksgiving morning, or when making pumpkin jack’o’lanterns! 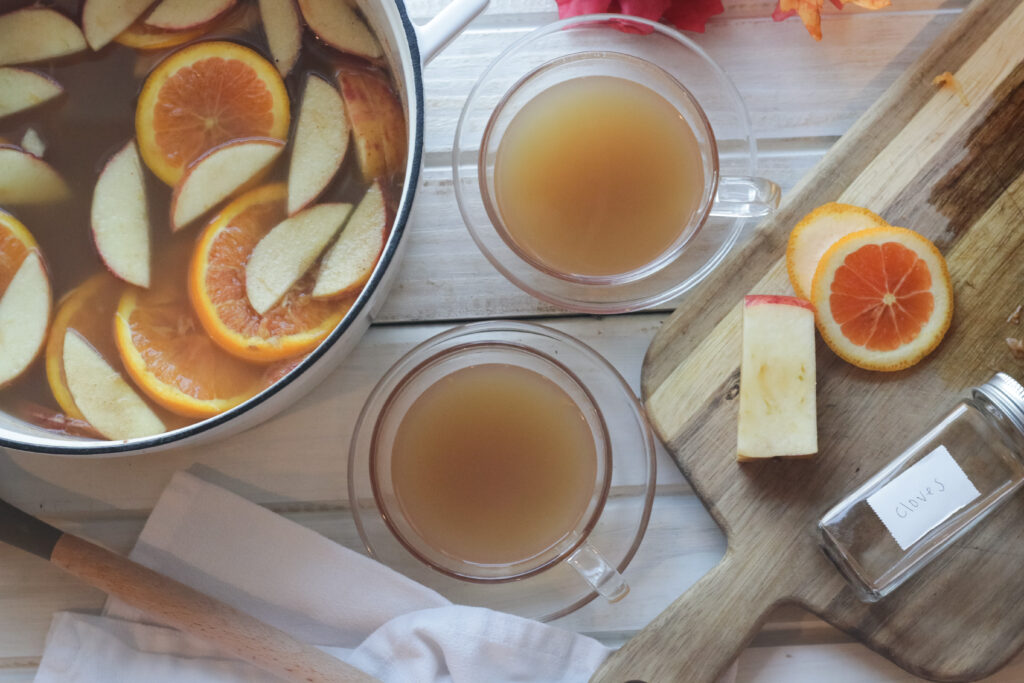 In a large sauce pan, bring apple juice, sliced apple and orange, and spices to a low boil.
Reduce heat and simmer, stirring occasionally until the flavors combine, about 5-10 minutes. Serve warm! 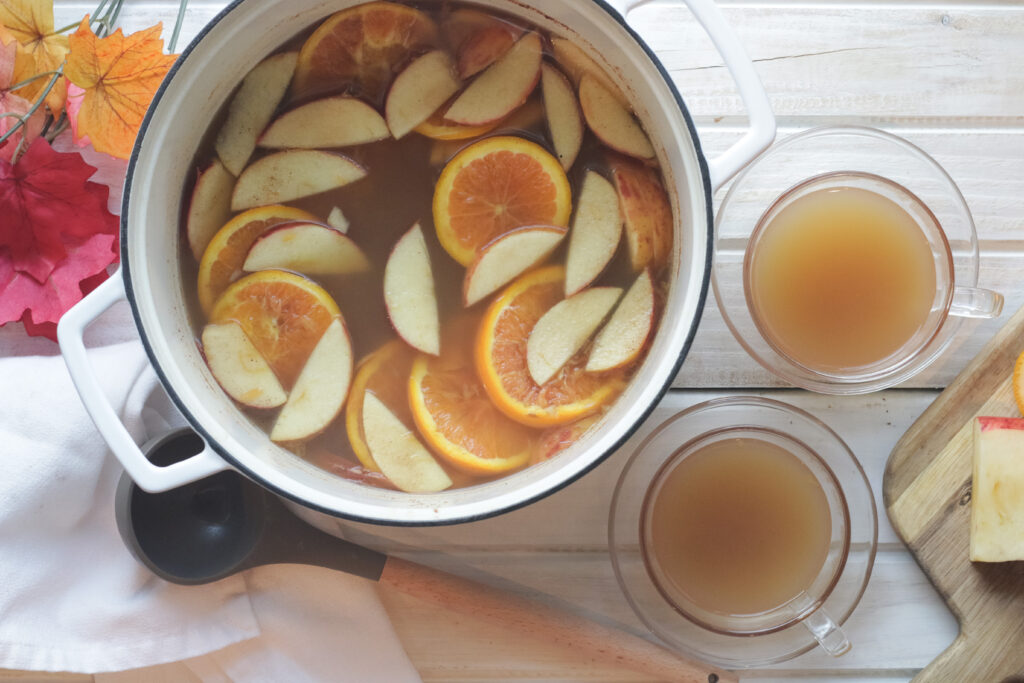 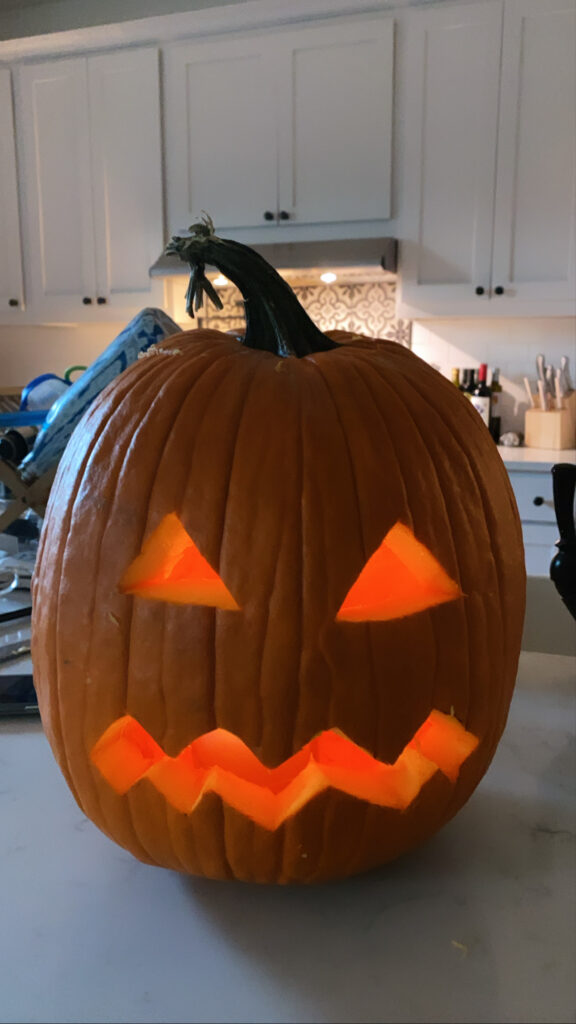 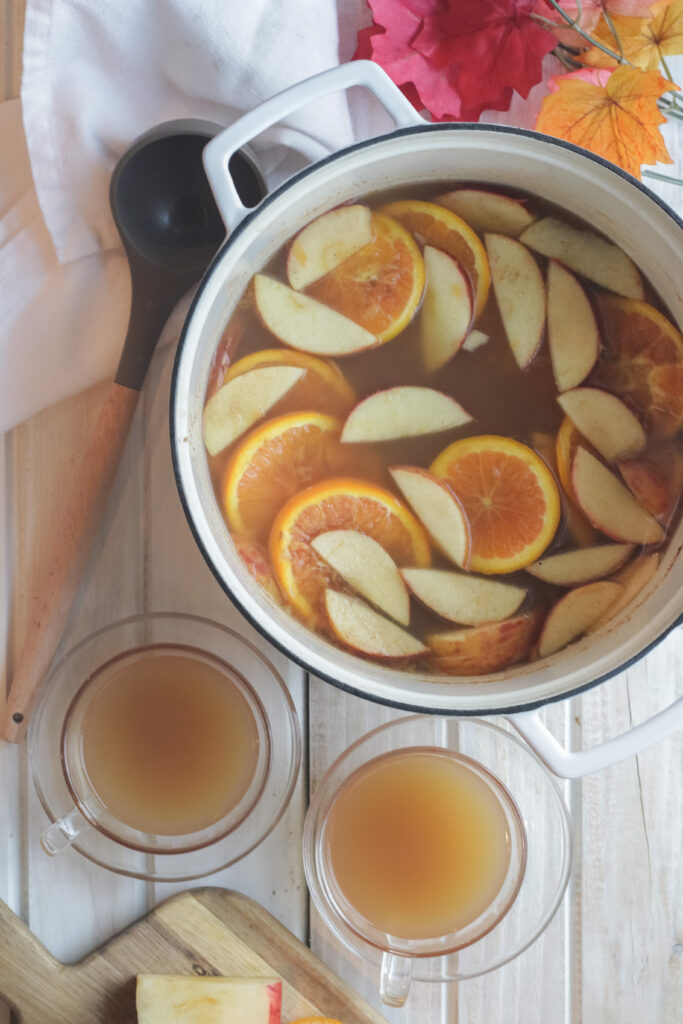 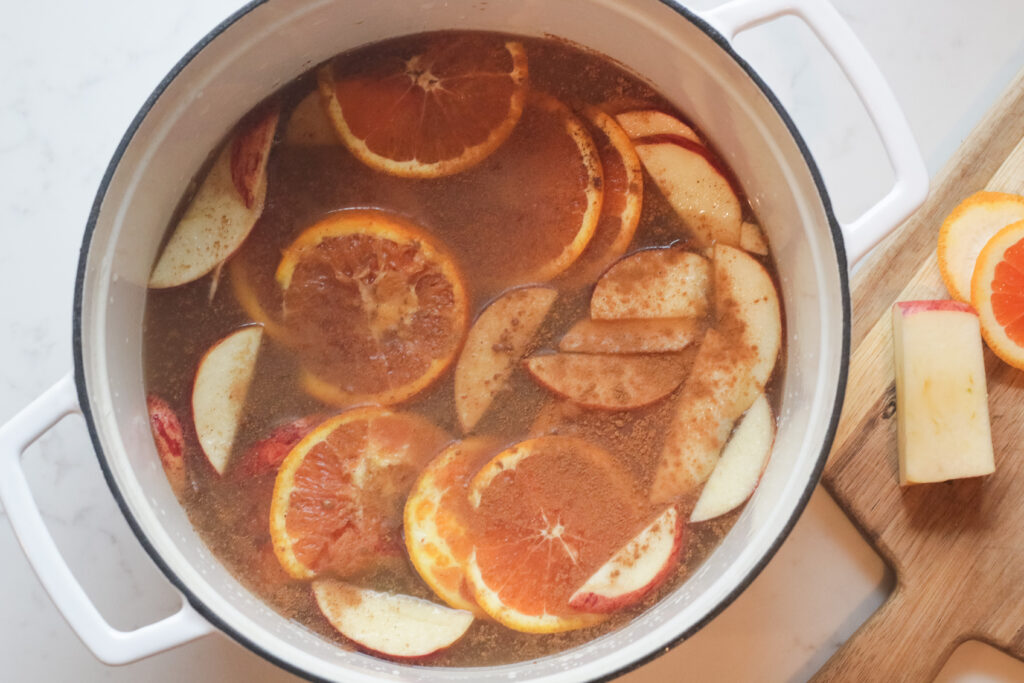 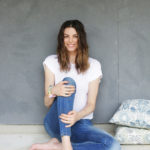 Hi! I’m Heather. I'm a wife, mama of 2 little boys (Asher & Judah), and a certified holistic nutrition coach. We live in the Texas hill country where we ... END_OF_DOCUMENT_TOKEN_TO_BE_REPLACED

Get your FREE health guide!

I feel more knowledgeable and empowered. You have given me many things to reflect on and think about… Read more.

Brothers and their bubbles 💙

Trying every which way to fuss for what they want. 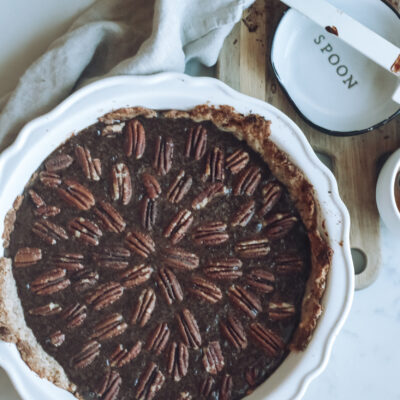 Chocolate. Pecan. Pie. Are you running into the kitchen for a slice? I am! I adore this pie at Thanksgiving and have been making it for the past few years. The family loves it! It’s decadent, rich, and reminds me of the chocolate pecan pie of my childhood…sweet and perfect. “But it’s so unhealthy…” Actually, […] 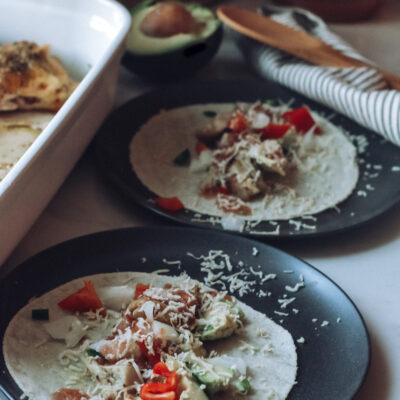 This turmeric shredded chicken is seriously delicious and juicy. Okay Candace, this post is for you. I made this chicken for my mother-in-law while staying at her house and she asked me to make it again before I left, and then she asked for the recipe, so here it is! Health Benefits: Pasture raised chicken-You […] 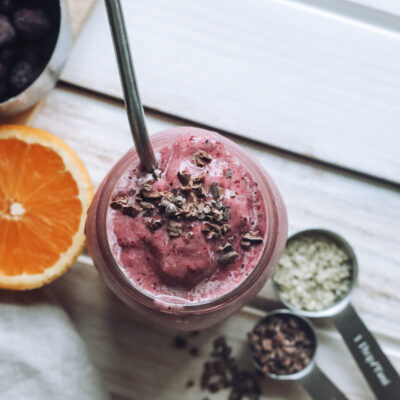 Is your mouth watering from this photo? Mine is. Perhaps it’s because I just finished drinking this and I know how delicious this superbrain berry tart smoothie is, or should I say Jordan’s smoothie? My husband makes the BEST smoothies. I can’t compete. He worked at Jamba Juice back in the day and I’m assuming […]

Brothers and their bubbles 💙

Trying every which way to fuss for what they want.